After a decade of living in Europe, Gareth and Steph came home to Australia. They purchased a property on Mt Tamborine, nestled in the Gold Coast Hinterlands of Queensland.

The project began with the grounds and establishing formal gardens. The layout of the property was planned in micro detail, considerations for the changing seasons and the sun’s movements throughout the year were made.

They began building their home in 2020 as the pandemic began in Australia and took just over one year to complete. The design was based on traditional English Georgian architecture.

Gareth’s skills as a builder assisted the couple in executing quite an unusual and complicated project. The front vista includes set-back French doors and windows which maintain an exact proportion. Symmetry was essential in staying true to traditional Georgian architecture.

The majority of the home decor has been repurposed from garage sales, antique shops, markets and auction houses both locally and overseas, creating a more homely and lived-in feel for the estate.

Steph and Gareth wanted to give the styling elements of the home a second life. 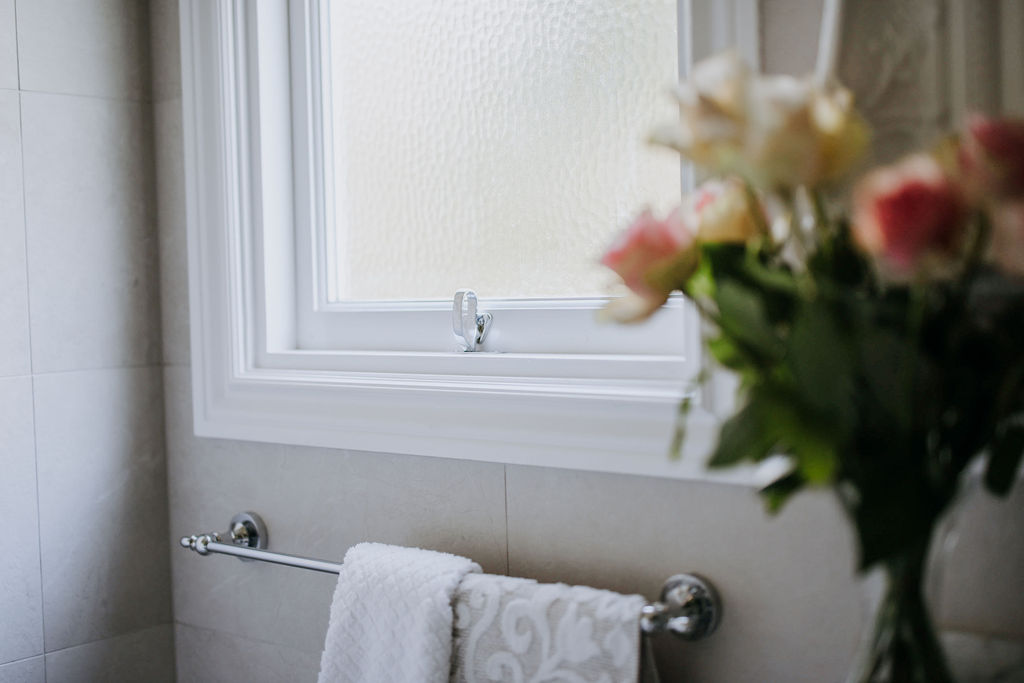 A Hopper Window Fastener in Polished Chrome complements the cool tones of the The Grounds bathroom.

One area the two didn’t want to compromise on was the hardware. TradCo products have occupied space on their mood boards since the beginning of their journey. They selected the beautiful antique copper finish for the project to tie in accurately with the Georgian architecture.

Traditional fixtures feature on the double hung doors and casement windows, and these are paired with statement curtain sweeps. For the French and internal doors, the Reims lever on long backplate is the perfect fit.

“All of the TradCo hardware is not only gorgeous, but feels luxurious to use.” The Reims Lever on Long Backplate on a rebated French Door Subscribe to be the first to hear about our latest releases, brand news and design inspiration from stylists and architects we collaborate with.